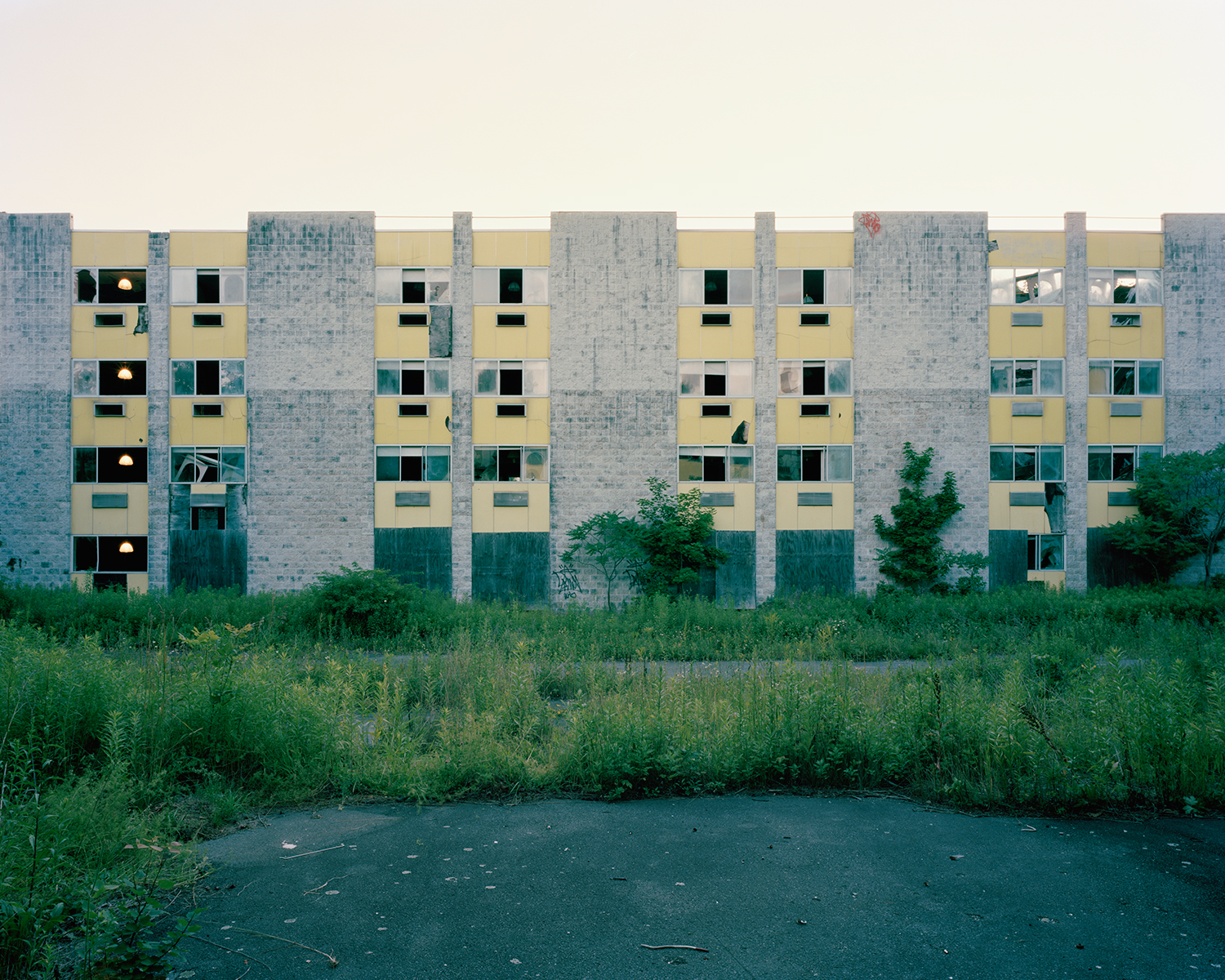 The setting and subject of this project is an area in the Catskill Mountains of Upstate New York known as the Borscht Belt. The region is riddled with mostly defunct summer resorts that were popular vacation spots for Jewish New Yorkers as recently as the 1970s. Some are in advanced stages of decay with missing limbs, moss in place of carpets and raccoons living in sagging attics. Others are oddly preserved, if not for the thick layer of dust, as if the inhabitants had inexplicably walked out moments before.
But as interesting as these places are in their natural state, this project’s aim is not simply to document. Instead I manipulate these spaces in an attempt to reinvigorate them- their desolation compels me to intervene.
In each location I choose an element to restore to its original state and leave the rest as I found it. I clean, arrange, and organize, but I also let the chaos be. By fragmenting the space like this, a story is created that reflects a historic past and also a continuum of my own- one in which life appears to persist.